About 4 months ago we picked up the “wowstick” electric screwdriver. It’s a lightweight handheld screwdriver with a rechargeable lithium-ion battery. It’s got some limitations worth knowing about, but as someone prone to being injured by manual screwdrivers it has made a huge difference to my ability to work on hardware projects.

Before I get started it’s worth mentioning that there’s a lot of variants of this product online. I don’t have a good understanding of the differences between them. So, for what it’s worth, I have the Wowstick 1F+. 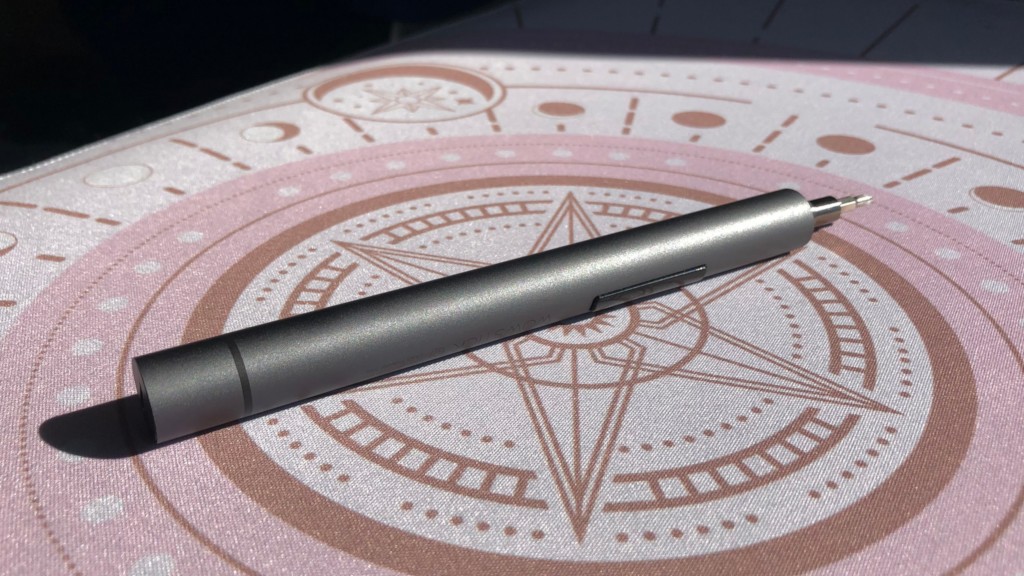 As I said, the wowstick is a small handheld electric screwdriver. It’s mainly targeted at working with electronic devices. As a result, it’s got pretty low torque, and you’re definitely going to break it if you try and use it for assembling furniture or something. On the other hand, since it’s got low torque, I don’t have to worry about overtorquing screws in my electronics hardware, and it’s harder to strip a screw with it.

It charges with micro-usb, when you need to charge it at all. I’ve only had to recharge it twice since I got it 4 month ago, and I’ve been using it about one or two times a week on average so that’s not bad!

It comes with its own set of screw bits. They’re the same formfactor as iFixit bits, which I guess is kinda the defacto standard these days for electronics repair kits, so you’re free to use bits you already have instead.

What I use it for

Here’s a few projects this thing has helped me with:

And that’s just what I can remember. This screwdriver has saved my hands from so much wear and tear, and as someone with a body that is chronically prone to repetitive stress injuries, that’s a big deal.

So what can’t it do? This thing is great if you work within its limits, but you gotta know what those limits are:

Where to buy it

There doesn’t seem to be a particular brand selling this to the western market, so really just look up “wowstick” on AliExpress or Amazon, pick your poison. There’s a lot of sellers on both; I bought mine from this Amazon listing in particular, sold by “Ruputas US”, so I guess that might be a safe bet, but your mileage may vary.

You’ll notice that this listing is actually a kit that comes with a set of bits, a mat, and a couple other odds and ends. I haven’t been able to find the wowstick sold individually without a kit, though I did try. That’s great if you actually need any of the stuff in the kit, but kinda wasteful if you don’t; maybe see if any friends would like the stuff in the kit if you don’t want it.

It does the thing. If you suffer from repetitive stress injuries, or just want something to make working on electronics hardware less frustrating, I’d definitely consider getting it. For what it is, it’s priced pretty well, but it’s definitely expensive enough to be outside a lot of peoples’ budgets. For us personally, it’s been worth it.